Meet the Cast of ANGELS 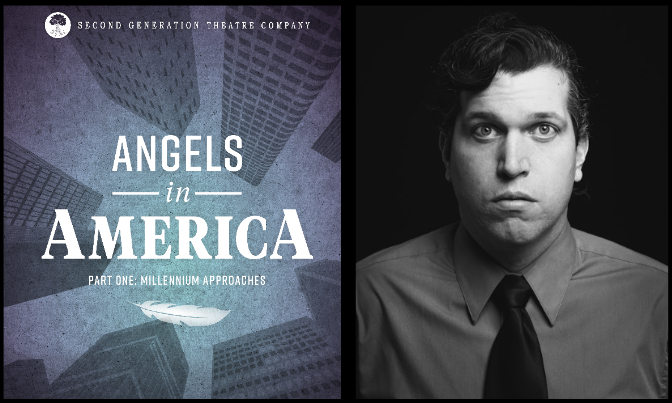 Angels in America: Part One, Millennium Approaches opens March 8th at the Shea’s Smith Theatre. This complex and brilliant play features some of Buffalo’s finest actors. Take a moment to get to know them and what drew them to this show!

Steve: I’ve had the good fortune of being involved with both productions in SGT’s inaugural season. I was Cinderella’s Prince/TheWolf in INTO THE WOODS and I directed SOME GIRL(S) which starred my ANGELS co-star Kristin Bentley. Since that first season, I have played Czolgosz in ASSASSINS and Black in THE WILD PARTY.

SGT: What is it about ANGELS that drew you to the project?

Steve: I think it’s three-fold. For starters, ANGELS IN AMERICA as a whole is a modern classic authored masterfully by Tony Kushner. The script is so powerful and beautifully written that one could sell tickets to a read-through of this play and be successful. Secondly, I jumped at the chance to work with director Greg Natale (whom I haven’t worked with since 2010) because his approach to the work is so honest. He gets his actors to channel their own experiences so that they can be authentic and the audience can be truly affected. Finally, I will always work for Second Generation Theatre Company as they routinely produce creative and thought-provoking work. It’s always a rewarding and genuine experience.

SGT: ANGELS is full of characters in the midst of personal struggle- what is it about Joe that the audience can relate to?

Steve: Joe is dealing with some really heavy, complex stuff. He has spent his whole life avoiding/fighting his true sexuality and that has affected his relationship with his wife, mother, and father (deceased.) He is uncomfortable with his station in life, and his appearance in the eyes of God. He says, “The failure to measure up hits people very hard.” I think that will speak to our audience. Personally, I can relate to Joe’s never-ending desire to be a good man, husband, and son. Whether or not he succeeds at these endeavors remains to be seen.

SGT: We’re incredibly proud of this entire cast, but is there anyone who stands out to you during this rehearsal process?

Steve: I’d have to say Jacob Albarella who plays Rabbi Chemelwitz, Henry, and Martin Heller. Jake always goes for it with his characters from the gate and it’s admirable. He is truly a chameleon when he’s onstage. Plus, we make each other laugh whenever possible often times unintentionally. Which is great.