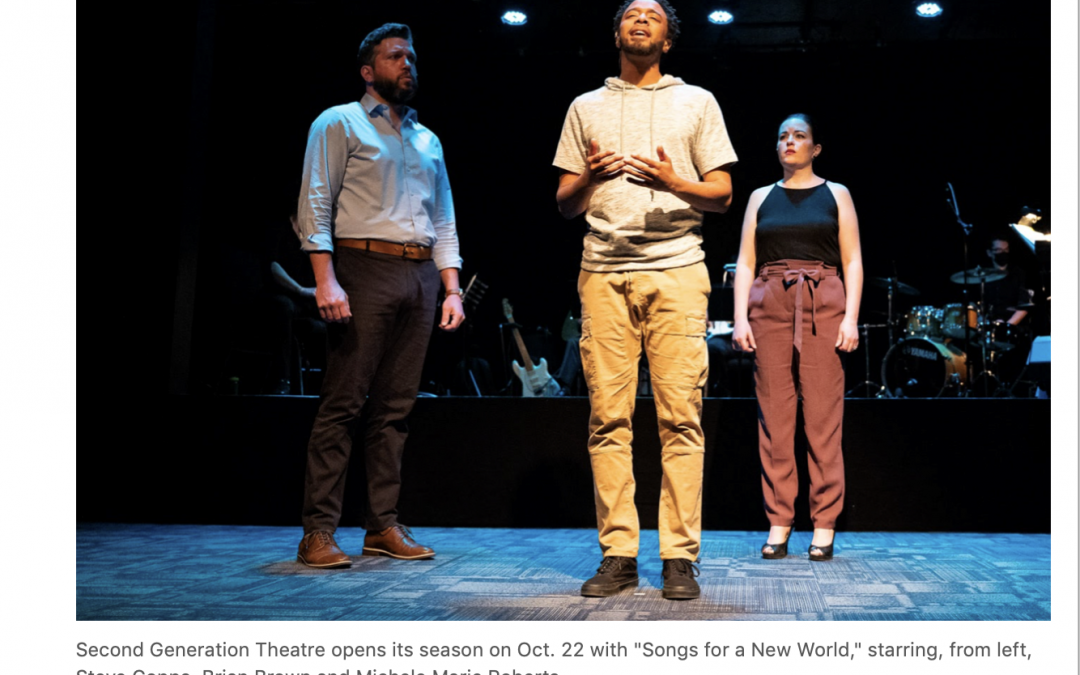 Melinda Miller, The Buffalo News: When theater people find a good idea, they don’t let it go to waste. It could be big, like turning a fairy tale that was made into a hit movie into a splashy Broadway musical, or it could be personal, like taking those pre-pandemic plans that you had for the stage and making a virtual video celebration of your city.

That’s what the women of Second Generation Theatre did when they moved “Songs for a New World” online during the pandemic, and they are hanging onto that thought to open their back-in-the-theater 2021-22 season when they bring the show back to where it started, the stage at Shea’s Smith Theatre, on Oct. 22.

In “Songs for a New World,” composer Jason Robert Brown tells stories about people making choices and the new worlds they see or want for themselves. It is designed to be performed on a very spare set. However, when Second Generation had to go virtual, director Amy Jakiel took the singers to iconic locations around the city – no “extras” for the set, but the locations and the architecture alone added impact.

They want to hang onto some of that.

“When we were choosing the season to come back with in person, we wanted to build on the things we learned when we were closed down,” artistic director Kelly Copps explained. “We’ll tie in some of the elements from the film in the use of projections, combining the experience and spark of live theater and acknowledging the last year and a half. It would seem like a waste not to share those images again, and share them with more people.”