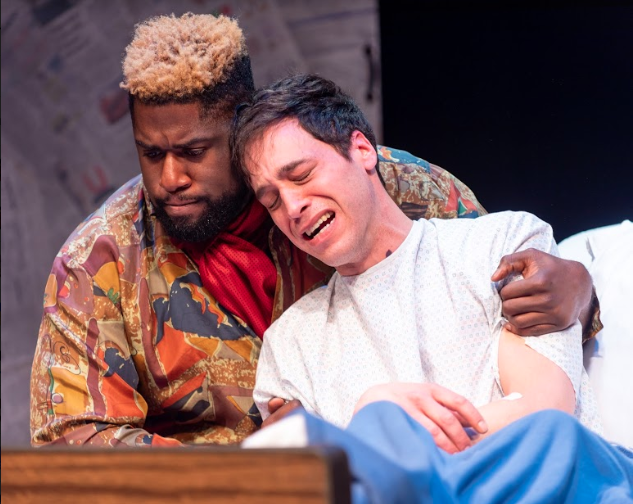 By Melinda Miller, March 9th, 2019
Nearly two decades after Y2K and 30 years after Tony Kushner gave the world his “AIDS play,” the hefty two-part “Angels in America” remains one of the brightest stars in the theater firmament.

Rather than dating the play, the distance of time brings even more clarity to the understanding that “Angels” isn’t just about AIDS at all. In its comic and tragic voices, it speaks to all humanity.

The beauty of the much-honored play is on full display in Second Generation Theatre’s production of “Angels in America: Part One, The Millennium Approaches,” now playing in Shea’s Smith Theatre. While Kushner’s vision is sprawling, the characters’ emotional interactions are desperately intimate, and the cozy venue is a fine place to share them.